We use cookies to deliver the best possible experience on our website. By continuing to use this site, or closing this box, you consent to our use of cookies. Learn more

How to Choose the Right Tap for Your Bathroom

Choosing the right basin tap can be confusing, especially since there are so many options these days. Your bathroom style will help you decide which kind of tap will work best, but you'll also need to factor in your personal preferences to find the perfect fit for your bathroom and your lifestyle. Let's look at some of the most popular bathroom taps and what makes them unique!

Choose the Right Tap for Your Bathroom

In general, wall-mounted taps are reasonably priced than basin taps since they don't need all of those fittings (the valve and pipework) that basin taps do. And because you install them on a wall instead of inside a basin, they're easier to use.

The pillar or column tap is one of the most popular bathroom basin taps. It offers a solid, traditional feel and comes in chrome or gold finishes that would suit any bathroom style, from contemporary to classic. In addition, its flexible spout design means you can angle it as you wish to fit your basin perfectly. Different pillar taps are available with several specifications, so you have plenty of choices depending on your needs and style preferences.

Bathroom taps with touch on the sensor. Jaquar's series of sensor taps give your bathroom a modern feel and look. These taps are available in three different sizes and have a touch-on-sensor mounted below one of its 2 or 3 nozzles. Sensor taps are modern yet practical and can be used in single or double handle mode, giving you great versatility.

Jaquar offers a wide range of taps that will suit any bathroom. With over 20 design ranges to choose from, you can easily find bathroom taps that complement any style. The Laguna range by Jaquar offers sleek, minimalist designs that feature precision engineering to deliver excellent water pressure, even with low flow rates. These designer taps are available in 10 attractive color options and will add glamor and elegance to your decor.

Having separate hot and cold handles helps you control your water temperature. However, single-lever mixing tends to be easier to use than two or three-lever mixing. Ideal for modern bathrooms, single-level basin mixer taps are simple yet classy.

As faucets are the most important part of the bathroom, one should go for faucets that long last and add luxury to your bathroom. Jaquar taps do more than just basic functionality. Every component of your bathroom should flow well together to create a beautiful bathroom decor. We hope this guide helps you choose the right faucet basis your decor and space. 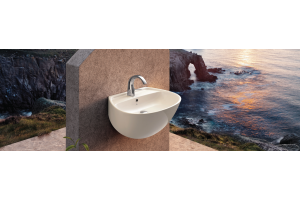 How to Choose the Right Tap for Your Bathroom 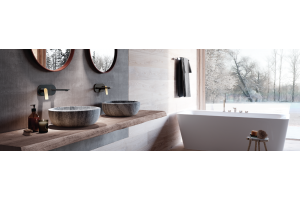 10 Bathroom Designs That Everyone Need To See 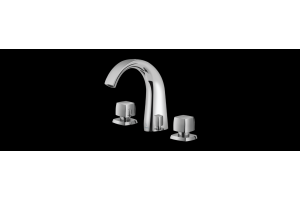